After completing this module, you will be able to:

The term "Fake News" is often used these days, but what does it really mean? This module will give you tools to help you evaluate news articles.
When someone sends you a news article, first, consider whether it is one of the following forms of misinformation.

1.  Satire or parody
The first type of misinformation is satire or parody. These articles are not intended to cause harm, but rather to entertain. Probably the most famous current satire site is the Onion. Here's a recent Onion headline. "Cyberbullying Alert: Gamers Are Ganging Up To Harass This Defenseless Chinese Communist Party Leader."

Another site with a huge following is the Babylon Bee, which focuses on religious parodies, such as "New Smart Doorbell Will Argue With Jehovah's Witnesses, LDS Missionaries For You."

If you share such content, consider including a disclaimer with the article so that everyone knows it's intended to be humorous.

2. Misleading content
Some news stories contain true facts, with a misleading headline designed to influence you into a false belief. Take for example the following headline which appeared on a Russian news site.

Well, as it turns out, this was based solely on sales of "Mein Kampf" on one Latvian bookselling website for one week of time. A more accurate headline appears below, although this is still not particularly newsworthy.

3. Imposter content
People pretending to be someone they are not happens very often on the internet, and is not a phenomenon restricted just to celebrities!

In the fall of 2020, Wayne Dupree Media fell for this fake Twitter account tweet and published an article about it, which was retweeted by then President Donald Trump. 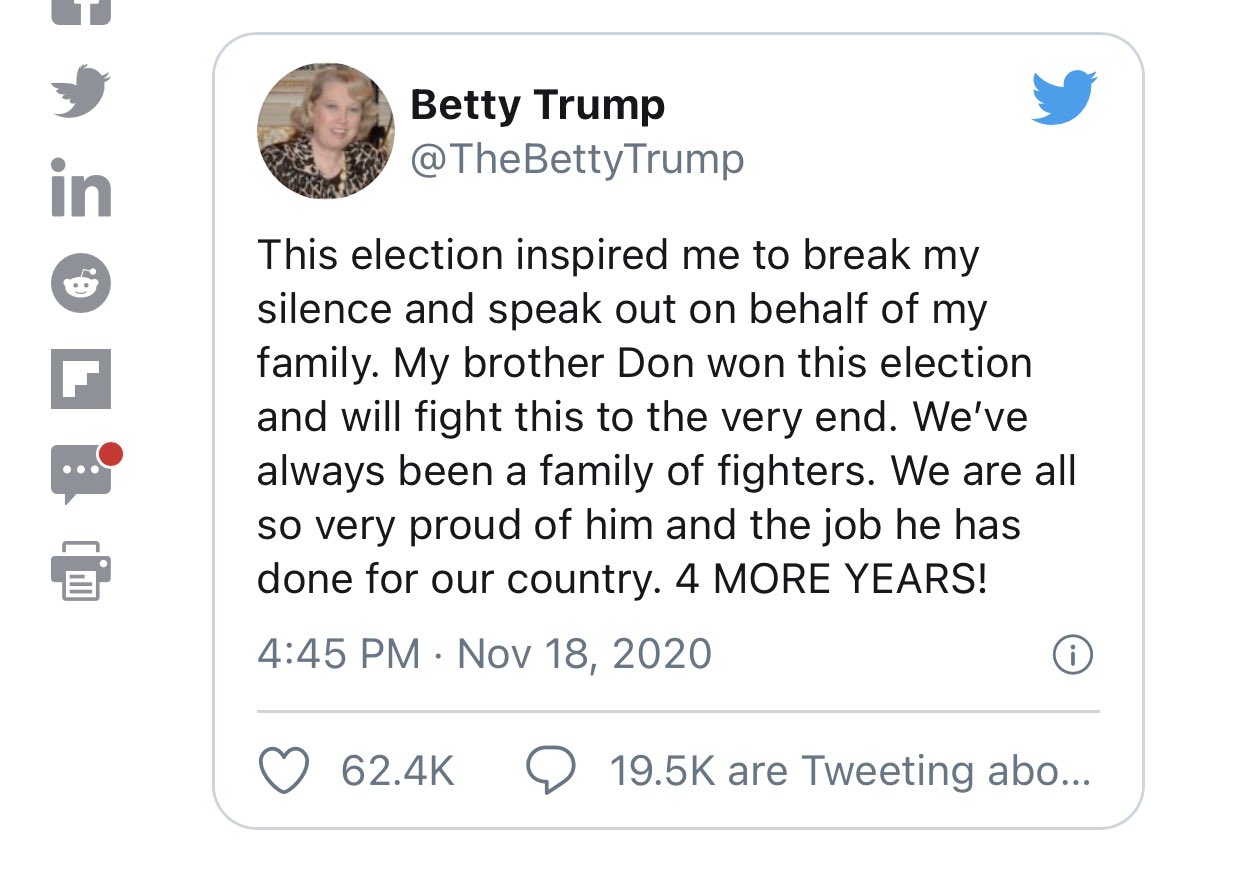 This also happens to websites. Here is an example. Everyone knows about ABC news. But what about CAP news? At a first glance, you might be fooled into thinking you are on the ABC news website if someone sent you a news link from this site.

4.  Fabricated content
Fabricated content is material that is completely false. Here are some examples of false information that spread after a Las Vegas casino shooting in 2017.  Neither of these people was actually missing people.

5. False connection
Sometimes, a news story is real but uses a headline that misleads you into thinking something false. For example, PC Gamer published the headline "Everything is free on the Epic Games Store." Everything? Quick, head to the Epic Games Store and download hundreds of games! Well, actually, Everything is the name of a game. Only that game is free. This is clear as soon as you visit the article, but from the headline alone, the reader would be easily deceived.

6. False context
During breaking news events, stories often begin to spread which are true but not related to the event in question. In 2019, when a tragic fire happened at Notre Dame Cathedral, the following headline and article such as this one from Newsweek went viral: "Paris Arrests Four Suspected of Plotting Attacks."  While this was a true event, it happened in 2016 and was unrelated to the fire.

7. Manipulated content
Oftentimes, images that go viral on social media have been altered. Unlike satire or parody, these are specifically designed to fool the viewer into thinking they are real.  30 Fake Viral Photos People Believed Were Real

Even if the news article you are reading does not contain one of the forms of blatant misinformation, bias can still creep into the article. Because every human being has some form of bias, it is going to appear in the news quite often. The best way to resolve this is to read news articles from a variety of sides and perspectives. The wider read you are, the more accurate your perception of the world will be.

Here are some questions you can ask yourself when viewing a news article to see if the article contains some bias.

Here are two headlines that should immediately make you wonder how unbiased the articles will be. In the first example, the fact that they use the term "conservative expert" may signify a bias against the expert, while "America's Worst Republican" is also a loaded term.

2. Omission. Does the article tell both sides of the story? Does it leave out a conservative or liberal perspective? Is the news topic only covered by right-leaning or left-leaning media? This form of bias may be harder to spot if you are unfamiliar with the story, which is why reading several articles about a topic is always a wise choice.

Here is an example of a story from 2012 which was first reported only by right-leaning sources, according to AllSides.

Some examples of loaded language:

4. Mind reading. Does the author of the article propose to know what is going on in the mind of someone they haven't interviewed?

In the example below, the author of this National Review article proposes to know President Obama's exact motivations--without any sort of interview or statement from Obama himself.

5. Opinions. Does the article present opinions as facts?

Here are some words that are often used when presenting opinions:

6. Flawed logic. Does the article jump to conclusions that are unfounded given the facts?

In early 2019, a video began circulating of some boys from Kentucky confronting some Native Americans. The news was quick to condemn the boys, with headlines such as these below. However, as more information and missing footage were revealed, the story was much more nuanced than was first reported. The New York Times headline, for example, was replaced with "Viral Video Shows Boys in ‘Make America Great Again’ Hats Surrounding Native Elder" and the National Review piece was entirely taken down.

7. Spin. Does the reporter add their own slant to facts to make them sound positive or negative?

In the article below, the facts about electricity usage are presented as a challenge for utility companies but do not also include thoughts about how this could be positive news.

Keeping a critical eye out for these and other forms of media bias will help you to be a better consumer of news.

The content for this module was drawn from the following sources:

Play one of the following fake news games below.

Either in the textbox in the LMS or in a Word document, submit one paragraph about your experiences with this game. How did the game make you feel? Did you learn anything further about misinformation?

See the Google doc here for quiz questions and answers. Please note, this document is stored on the PALNI team drive and is only accessible to those who work in a PALNI school.

All of the PALNI Information Literacy Modules are licensed under a Creative Commons Attribution 4.0 International License.